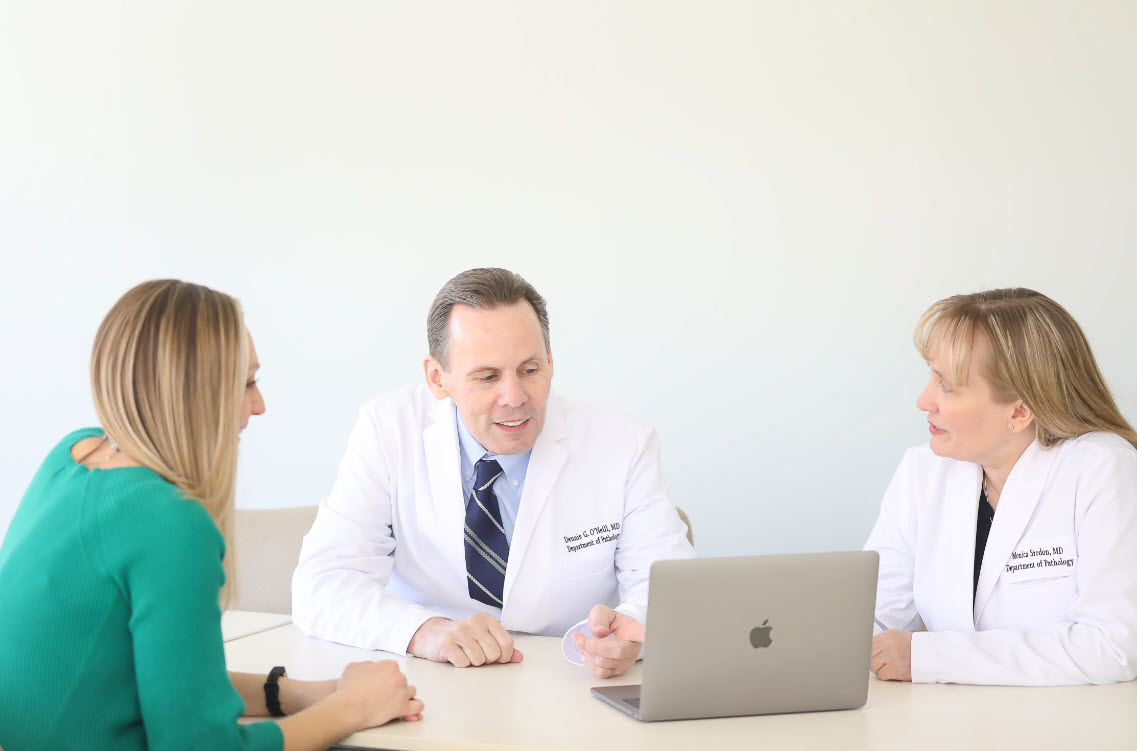 Note: This article featuring Kristen Conley is the first of a two-part series focused on Eastern Connecticut Pathology Consultants and its partnership with LigoLab. Part two of the series will feature Dr. Michael Hitchcock and Dr. Elizabeth Rinehart.

Sometimes, all it takes is a phone call.

In late December of 2019, the leadership at Eastern Connecticut Pathology Consultants (ECPC) was in the final stages of making a decision to move forward with a new laboratory information system (LIS). But even as the potential vendors had been narrowed down to two candidates, the group was not entirely confident in making their final decision.

“It felt like whatever decision we were going to make, we would be settling,” said Kristen Conley, ECPC’s Director of Information Technology and Business Development. “Then one of our pathologists connected with a colleague at a pathology practice in Colorado. That colleague suggested that we take a look at LigoLab.”

That prompted Conley to reach out and begin discussions with LigoLab’s CEO Suren Avunjian.

“It was right before the holidays and, surprisingly, Suren immediately responded and he and his team provided us with a couple of software demonstrations. We were really impressed with what we saw,” said Conley. “We quickly negotiated and executed our contract in early January, and we were live by March of 2020.”

For Conley and the group, that uneasy feeling had been replaced by excitement knowing that they now had a critical piece in place to move forward with their progressive business plan.

“For me, being an IT person, I thought the platform was intuitive, easy to understand and navigate. There is also a lot of flexibility in the system design,” said Conley. “Another big selling point for us was that LigoLab could be set up in the cloud and easily integrate with our interface engine.”

Even more important, Conley said the pathologists loved it.

“They loved how we had the ability to customize our report templates - incorporating our photomicrographs, adding graphics, textual effects based on clinical diagnosis, and practice/client branding. When comparing the features and functionality between LigoLab and the two other vendors we were considering, LigoLab blew them out of the water. We quickly decided to move forward with LigoLab. Considering the functionality and the cost, it just made sense.”

Up to this point, ECPC had not had the need for their own, practice-owned LIS while providing diagnostic and laboratory management services for several community hospitals, endoscopy centers, and physician office laboratories in Connecticut and Massachusetts as those locations had their own solutions in place. It was when operations expanded to Harrington Hospital that the group recognized an upgrade in technology and infrastructure was required in order to continue to support its many partnerships and to pursue new business opportunities.

“When I joined ECPC two years ago, we didn’t have our own platforms. We didn’t even have our own electronic office suite and email,” said Conley, referencing the fact that ECPC’s many pathologists were credentialed to work in multiple facilities and hospitals and were accustomed to moving from one facility to the next on any given day.

With that movement and the practice size growing, it necessitated the implementation of a unified communication and document sharing platform. “We set out to change that because we knew we had to get comfortable with enhancing our technology to stand apart as our own business entity,” she said.

With LigoLab LIS serving as the centerpiece of change, Conley and Rebecca Dilorio, who at the time was a lead PA and is currently ECPC’s newly appointed Executive Director, set out on the path to implementation.

“It was just she and I against the world. Rebecca was heavily involved in the clinical workflow and the training of our staff, and I was pretty much an IT party of one,” recalled Conley, a seasoned IT professional who is accustomed to being very hands-on, be it by managing providers, configuring and monitoring report distribution, standing up new clients, or building out the platform.

Conley, Dilorio, and LigoLab Implementations Director Petros Martirosian next charted a course for ECPC to go live in early March 2020. The first live client was Harrington Hospital in Southbridge, Massachusetts.

“Soon after stabilizing the operation at Harrington Hospital, we switched to supporting them in a remote fashion because of the pandemic,” said Conley. “We then continued on with planning for the implementation of our next two clients.”

“We offer turnkey solutions to practices that see the potential to improve clinical turnaround times and capture additional revenue streams with the addition of an on-site pathology laboratory,” said Conley. “Our plan is to continue to build out the client base, and using LigoLab will help us accomplish this. With this arrangement, the POLs gain an advantage by keeping everything close and in-house. The practices have more control over the quality, the turnaround time, and the relationships with their providers.”

For Conley, DiIorio, and the 17 pathologists that make up the core of ECPC, it’s been quite a year. From going live with a new LIS just days before a national lockdown, to quickly shifting to a new normal while largely sustaining operations during the early days of the pandemic, the practice continues to build out its client base.

“We're a phone call away, we're a secure text away, and we'll meet with you face-to-face. We really want to be out there supporting our clients & physicians by providing an accurate diagnosis and quick turnaround times,” said Conley. “All of our pathologists are go-getters and they take a lot of pride in being highly available. They’re always looking for opportunities to improve, build better relationships, and give back in any way possible.”

That’s 17 pathologists with a plan to expand and hire at least three more. All to support a fast-growing group of highly motivated professionals intent on becoming the premier independent pathology group in the northeast.
To learn more about ECPC, its partnerships, and its doctors, visit ecpclab.com.

What the Best LIS Vendors Offer to their Laboratory Clients

LigoLab’s Approach to Implementation and Support

Six Factors That Should Be Considered Before Upgrading Lab Report Capabilities 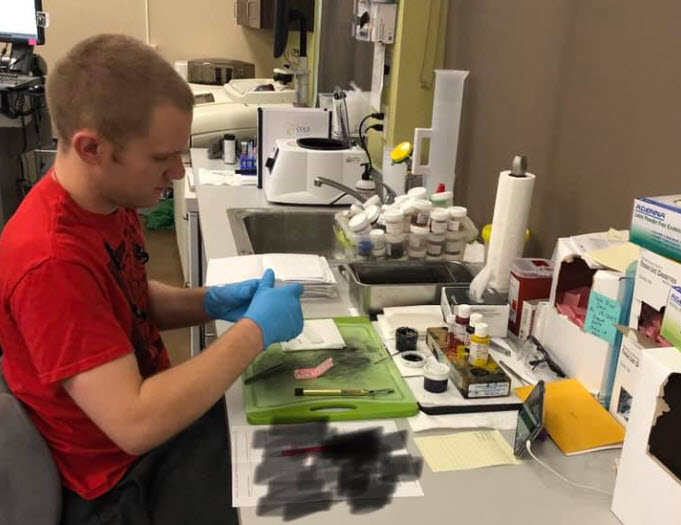 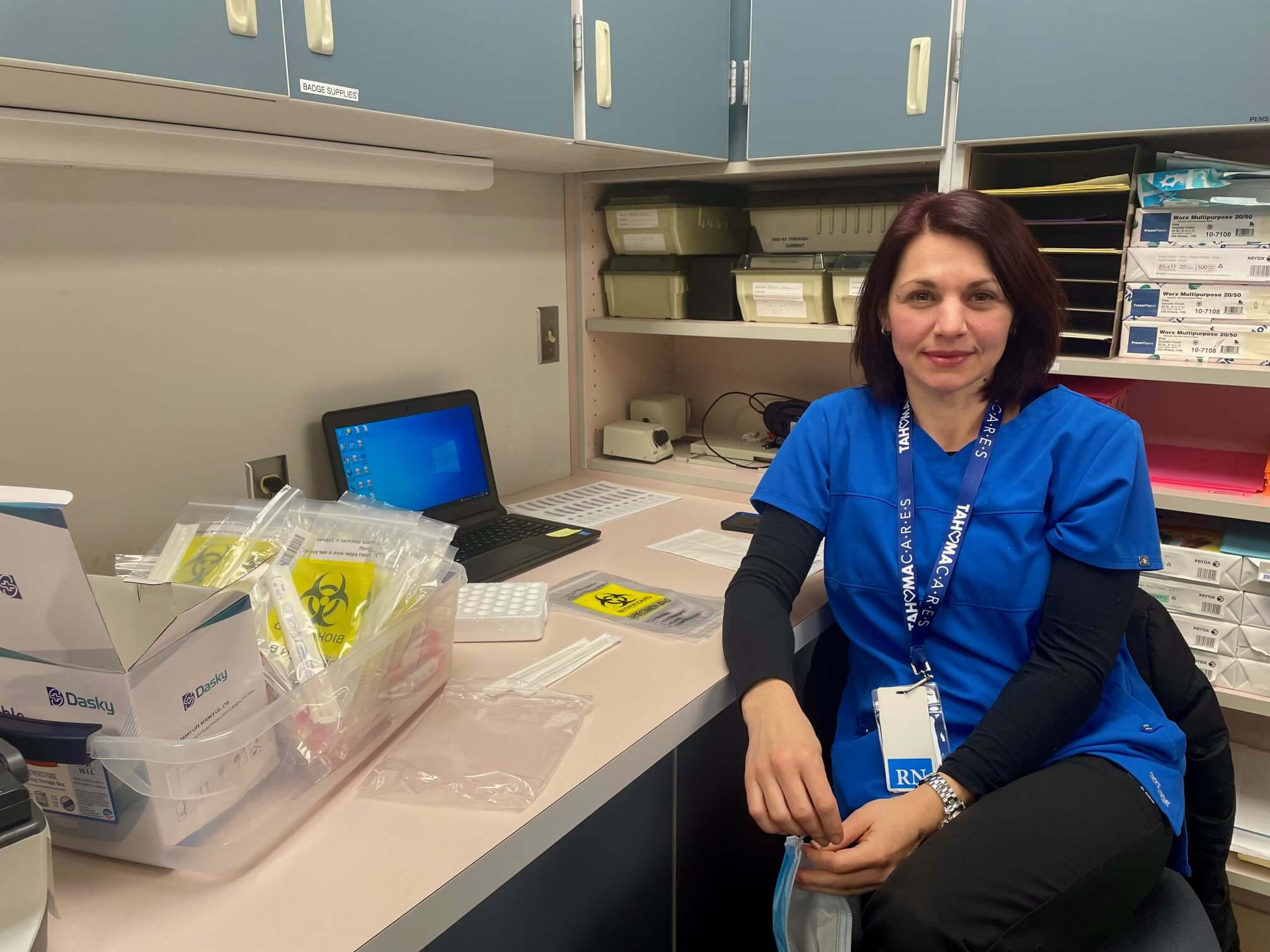