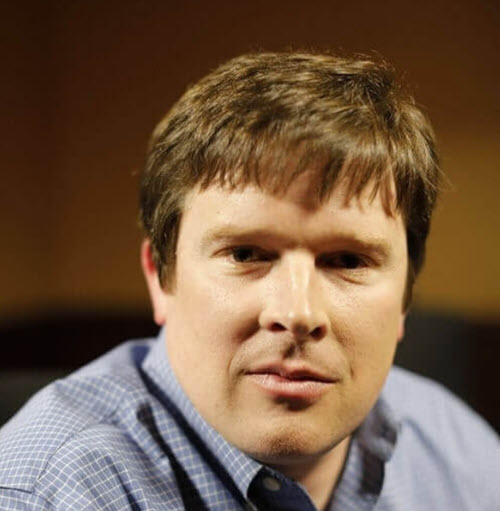 My name is David Gardiner, and I'm the chief medical officer and owner of Animal Reference Pathology. My lab is a veterinary diagnostic lab that services clients in almost all 50 states. We're smaller than the big labs, but essentially we provide reference laboratory services to veterinary clinics across the country.

That includes general practices, you know, the vet on the corner, as well as specialty hospitals that have a veterinary internist, oncologists and so forth.

The bulk of our business is anatomic pathology, but we do have a full spectrum of reference laboratory testing within our capabilities. We went to try and find a new laboratory information system because we transitioned out of a larger lab as a smaller division that went out on its own, and there really is no optimal solution in veterinary medicine for laboratory information systems. They're either a patchwork of human systems, in-house built systems, or something that is extremely antiquated.

There are some systems available, but they don't provide a complete package. They might be able to generate a report, but if you want to have the system integrated with any instrumentation, you have to involve a third party. We're small, and we didn't want to have to manage multiple vendors and whatnot, so I looked in the publication CAP Today, which puts out a periodic review of laboratory information systems, and I went through every list and I called or emailed every LIS that was in that issue, and I asked them if they'd be willing or if they already had a veterinary solution. Most of them just flat out said no, and some of them said maybe.

When I called LigoLab, they were the first ones who on the first encounter said, well, what would you need that's different?

I explained to them that we don't just have one species. We have multiple species, and within each species, there are multiple breeds. There are hundreds of breeds of dogs and we have four genders. We have castrated animals and so forth. So there were some demographic changes that were going to be mandatory, but also just the ability to, throughout the process, understand that our needs were going to be similar, but different.

I was really looking for somebody that would listen to us, and within reason to be able to adapt the system for our needs. Really it was a short list and it became pretty clear in talking with most vendors that there were groups that were trying to put us as sort of a square peg into a round hole. LigoLab was the one that felt like it didn't really have a square or a round hole defined, and that its system was adaptable.

That's really what intrigued me the most, and then it just became a question of okay, can they deliver? We took the initial plunge with the thought that this was going to be a really good long-term solution for us.

One of the most advantageous things for us was we were coming out of a larger lab, so we didn't have huge capital set aside for a major LIS investment. The big vendors call for extremely large upfront cash payment, and LigoLab's structure for their fees was much more amenable for us. It allowed us to get a really top-notch solution in place. Not only was the cost structure important, but also how fast we could implement a new LIS because we were up against a time crunch to be able to generate a report for our clients with not a lot of lead time.

It was extremely stressful, but it ended up being very simple. We got the initial system up for the majority of the work we needed to do, and one day we were doing reports in one system, the old system, the legacy system, and the next day we switched to LigoLab with very little overlap and, all things considered, a painless transition. No LIS transfer or change is painless, but I've heard horror stories and I think we were pretty fortunate to get off the ground as a small business with a new system coming out from a really old different system that was dramatically different in terms of functionality and capabilities.

It was really important for me to be able to create a report that represented the time and effort I put into it, that my client, the vet, would be able to hand to the pet owner and say, this is why we sent it to the lab, and here's the results. Here's your dog's tumor, this is why we took it off, and this is why we need to do the following treatments.

I really wanted to elevate the reporting professionalism in our lab, above what's out there in the majority of laboratories, and the configurations that were made available to us in LigoLab really made that possible, from a very customized professional looking report with our logo on it, to easy ways for pathologists to include photo micrographs in the report. I'm proud to say that we were one of the first labs in veterinary medicine to start incorporating photo micrographs in the report, and that subsequently many of the bigger labs and everybody else has been trying to catch up and do that.

I tell people because of LigoLab, my reports are the most professional in the industry. It was really important for me to minimize the amount of paperwork or emails that would be transmitted between pathologists and support staff to complete a case, and LigoLab really has an efficient way for you to see where all the blocks are, all the slides are, how do I request them, and how do I communicate with my histology lab that I need certain specimens changed or certain stains added on and so forth. As a small lab, it was important for me to be able to have that, because we didn't have the time or resources to have an extensive manual and paperwork system to make it work. We were competing with the biggest guys in the market and we had to be as efficient as possible.

Anytime you have a lab information system, you're always going to need to be able to call someone to say, how do I do X, Y, Z, or I'm experiencing this issue, how do we get through it? The 1-800 number (1-800-LIGO-LAB) has been somewhat of a lifeline for us, because we're small and we don't have extensive IT resources in-house. I pick up the phone quite often and call and say, I'm in the case. I need to know how to do this, can you tell me where to do it? The response has generally been really quick, and really efficient.

Working with the support staff has both been helpful and a pleasant experience. They don’t give you erms and instructions that are way over your head. They've always been willing to dumb it down enough to help me understand, okay, I know what you're talking about now and I can achieve what I need to. Sometimes they'll do it for me, and sometimes I'm more interested in learning how to do it, so the next time it happens, I can do it. They've been really helpful in playing to either of those scenarios, whether I want to learn how to do it, or I just want to say, I don't have time for it today, can you just fix this problem?

My favorite feature in LigoLab is hands down how easy it is to capture images in our reports. I'm a pathologist, which almost means by definition, I'm a nerd, and so it was really important to me to produce a report that was just the coolest one in the market, but it couldn't come at the cost of being a huge time sink for our pathologists. If adding pictures meant that they became 50 percent slower and doing their reports, it wasn't a feasible solution.

We've got it dialed in to where it's just a couple of clicks and we can capture very nice high resolution images and annotate them, and add a small caption with minimal effort. To me, that’s the coolest feature in LigoLab.

The whole process of accessioning and grossing on the AP side has allowed us to be much more efficient than what I had experienced in larger labs, labs that don't have such a system where it requires more specimen, processors, or accessioners, more grossing techs, and more histotechs to really bring the workflow through all the way to a pathologist's desk.

Efficiency gains have really been at the histology and grossing level from my previous experience. The other thing that is great is we're small and I can see what we're capable of with LigoLab. As the owner of the business, it's important to me to know that something we've invested in doesn't have a limitation that's going to prevent us from getting to the next phase.

We honestly use probably very little of the ultimate functionality in LigoLab, but it's comforting to know  that as we grow and our needs are going to expand and change, the existing system can adapt with those, as opposed to being a limitation that's going to prevent us from growing and entering into areas that we're not currently in. We can enter those areas without having to change the LIS or do some dramatic in-house manipulation to make it feasible. 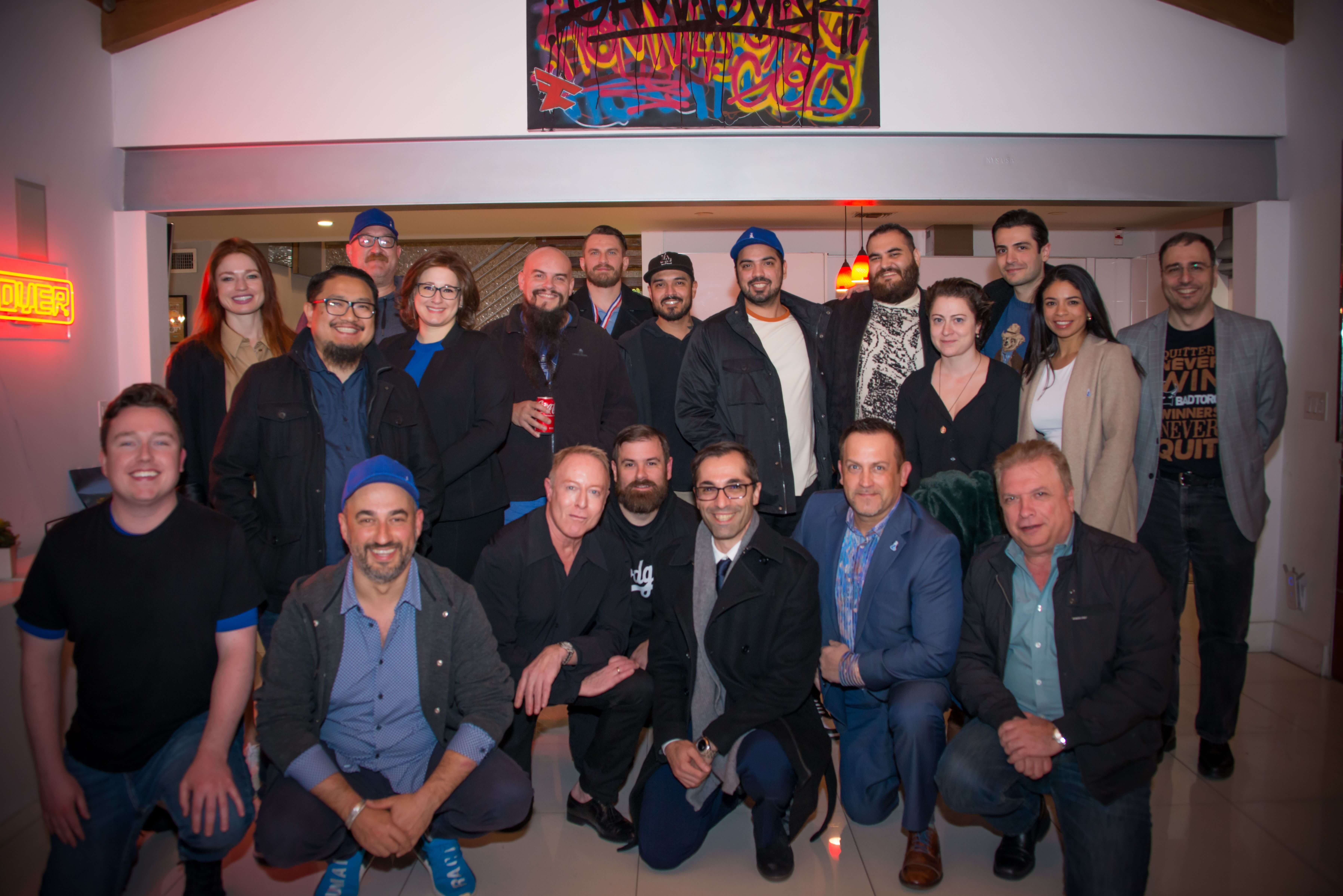 A Recap of LigoLab's 2022 Holiday Retreat 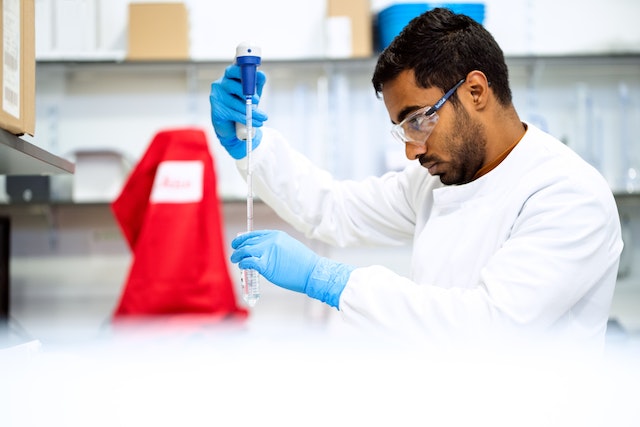 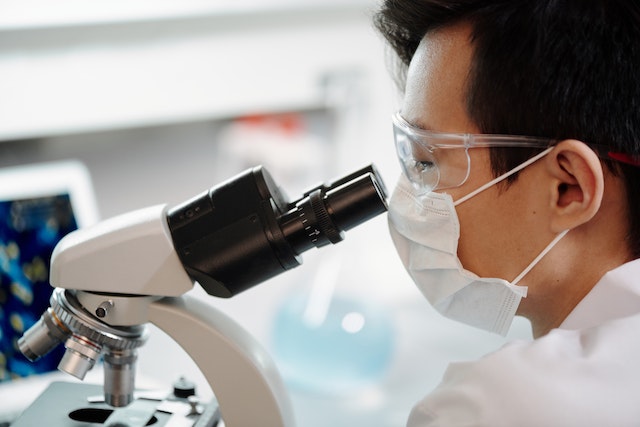