It goes without saying, but Jeremy Turner and his colleagues at the Washington State Department of Corrections have unique and challenging jobs. Turner, a 22-year veteran of the DOC system, is a Correctional Program Manager. He’s charged with maintaining safety and security for 2,500 incarcerated individuals at Coyote Ridge Corrections Center, a medium-security prison located in Connell, Washington.

Over his many years of service, Turner has witnessed riots and food strikes on the job. He said things of this nature come with the territory and that he and his colleagues are trained to handle them.

That training has also served Turner well since June of 2020 when the DOC began serial testing of staff and large-scale testing of incarcerated individuals for COVID-19. Turner continues to play a lead role while working with DOC headquarters to oversee COVID-19 management and testing at all 24 facilities that make up the system.

“We’ve faced a lot, but this is a completely different animal that’s affected everybody in a much more personal way,” he said. “You feel it at work, and you feel it at home.”

What follows is a case study that was originally published on June 1, 2021 (Solutions.TestDirectly.com blog). The study examines the steps taken by the DOC to mitigate risk in a challenging environment plus the lessons learned along the way.

Early Days of Testing and Using a Complicated System

During those early days of testing back in June of 2020, the DOC was tasked with using a complex system for its COVID-19 management. The system wasn’t very adaptable to their needs, especially when attempting to set up recurring orders for recurring tests. That changed about a month later when the DOC, following the Washington Department of Health (DOH) direction, began a working relationship with Northwest Laboratory. That’s when Turner and his team were introduced to the TestDirectly patient engagement web portal.

“Once we started using the TestDirectly platform, we quickly realized that it was more user-friendly than what we had been using before,” said Turner. “The transition from the old system to TestDirectly was night and day as far as ease and simplicity, and fortunately for the DOC, Northwest can handle a very large volume, so 75 to 80 percent of our testing is going through Northwest.”

Sarah Sooter is an IT Admin and Quality Analyst at Northwest Laboratory. Since last summer, she has worked closely with Turner, helping him manage 26 different staff and 24 different offender accounts that exist within the portal.

“The DOC does all of its testing on-site. They collect specimens from both employees and incarcerated individuals and then ship the specimens to us here at the lab,” said Sooter. “We’ve processed about 200,000 tests since July of 2020 so they keep me busy.”

“Our incarcerated in the prisons are generally tested when it comes to pre-procedures like hospital visits, or when identified as part of contact tracing. Testing also takes place when they self-identify symptoms, or when DOC staff identifies them as being symptomatic,” he said. “If there’s an identified outbreak, we may do multiple rounds of testing, and those numbers can vary between 300 and 1,500 daily. It just depends on the size of the prison.”

Testing of the incarcerated population is conducted per the department’s COVID-19 Screening, Testing, and Infection Control Guideline.

Turner also oversees serial weekly testing for staff at the prisons and work release sites, and he estimated that to be at roughly 5,000 tests a week. This includes offenders on work release, who are also tested weekly because they reside at a work release site and go out into the community.

Lessons Learned After More Than a Year of Organizational Testing

Turner said the DOC’s testing program works because TestDirectly can handle large volumes and it’s an easy platform to train on.

“The platform is designed in a way that you can have very large institutions, all spread out, and each one of them has its own campaign or division within the portal. It’s one interface but multiple access users that can be controlled via the administrator program. It’s also designed to allow ease of training for other users,” remarked Turner. “Between five and 20 staff members at each site have been trained on the portal and have varying degrees of access based on their job function.”

He also said there is a CSV download option that allows designated staff to quickly look at the test results. This means they no longer need to review individual reports. Instead, they can look at mass results on a spreadsheet and sort by results, which makes it very easy to pull out a specific case.

For Turner, his main job these days is to maintain high-level relationships with the DOH and labs like Northwest, while keeping the testing program on track and running smoothly. If any issues arise, Sooter is there to assist.

“All of the facilities have access to the TestDirectly provider portal and they can monitor the results in real-time. Beyond that, they also know to contact me via email if they have any questions related to the test results,” she said.

“We have a group of 12-to-15 occupational health and wellness nurses that monitor specifically for results and act on the positive results statewide,” added Turner.

In the months since the pandemic began, there have been a few virus outbreaks. There was a large one last fall that included the Airway Heights, Shelton, and Stafford Creek facilities - three of the state’s largest. Due to the numbers involved, the Department of Health directed the Department of Corrections to bring on Atlas Genomics as another laboratory testing partner.

According to Turner, the transition to the new laboratory was a smooth one.

“Atlas had just integrated with TestDirectly when we started working with them, so we didn’t have to change any patient profiles. It was seamless and as simple as creating a different campaign that generates a different order for a different lab,” he said. “Since then, we’ve switched the routine staff testing to Atlas for those three sites. That’s helped us spread out the testing among the labs we’re using.”

Turner said that partnering with Atlas proved to be even more beneficial when the laboratory presented a more streamlined workflow that replaced the need to print paper requisitions, a workflow that Northwest has also adopted.

“It was originally a requisition-based ordering workflow with the electronic order going to the lab once we submitted in TestDirectly, and the printed requisitions were shipped with the specimens,” said Turner. “Now there is a barcode label requisition, so instead of using the paper requisition, we have the option to just print a label.”

Turner said the new workflow takes steps out of the process for his testing teams.

“They just use one document and a barcoded label for the vial, as opposed to a label or sticker for the vial plus the paper requisition. It’s a nice and simple feature,” he said.

Sooter agreed that the efficiencies created by TestDirectly have positively impacted the speed at which the specimens can be collected and shipped to the lab, and the time it takes for the lab to produce test results.

“Our goal for turnaround time is within 24 hours, and thanks to this partnership, we’ve consistently been able to meet and surpass that goal,” said Sooter, who also referenced TestDirectly’s automated report delivery to DOC staff as a big time-saver.

“I love the fact that we can use the portal to notify patients via text or email when the results are ready. They can just hop online and get their result right then and there,” she said.

For Sooter, it was a baptism by fire about a year ago. Soon after she was hired by Northwest, she began to serve as the main point of contact for Turner. She credits Adam Carlin and the TestDirectly Implementations Team for getting her trained on the platform and up-to-speed quickly.

“Working with Adam and his team has been great. They are always able to answer my questions in a timely fashion. I never have to wait around, and if it's something urgent, I can reach Adam directly,” said Sooter.

For his part, Carlin said the feeling was mutual.

“We continue to streamline and improve processes while working with Sarah and the whole team at Northwest. If we need to troubleshoot on our end, Sarah is there to help within minutes. She does the heavy lifting and sets up the calls with us to get any new clients up to speed. The system in place works well and this has enabled Northwest Laboratory to continue to bring on more organizational testing business,” he said.

What’s Next for the DOC and its Laboratory Partners

Both Turner and Sooter agreed that the partnership between the Department of Corrections and Northwest will remain in place for a while, and both are prepared for this.

“We’re in collaboration with the Department of Health, and the vaccine percentages in society and cases by the county will probably dictate how long this continues,” said Turner.

“The testing numbers have been very steady since July of 2020 and they’ve even increased slightly at times over the last few weeks, so yes, I feel like it’s going to be in place for a while,” said Sooter.

“It’s sort of the new normal,” continued Turner. “We’re trying to establish how as a department we deal with COVID testing and COVID outbreaks, while still returning to some level of a new normal at our facilities.”

Until recently, the new normal had meant no family visitation for offenders, but Turner said there are plans in place and visitation is slowly starting back up so families can see their loved ones.

For Turner, this is one more challenge that he and his colleagues are preparing to take on as they steadily work to integrate roughly 18,000 patients into a normal day-to-day workflow.

“There's been a massive impact on what COVID has done. So, if there's not a degree of preparation and readiness at all times, then we're back to square one and we’re behind the curve trying to play catch up again,” he said.

TestDirectly is a flexible web-based patient engagement portal that makes it easier for medical laboratories and first care facilities to directly connect with patients and provide convenient, safe, fast, and accurate direct-to-consumer testing. The platform eliminates errors and reporting delays by replacing paper forms and manual processes with a user-friendly electronic workflow that empowers the patient and fully supports the case and the specimen throughout the testing journey.

TestDirectly is easy to implement and it integrates with all Laboratory Information (LIS) and Revenue Cycle Management (RCM) systems. The portal features LIS functionality, and it supports patient and family self-registration and scheduling, capacity management, specimen collection, specimen tracking and processing, billing, and compliance. It also supports automated report delivery via email, SMS, portal, or interface, and automated reporting to public health departments and agencies in every state.

TestDirectly delivers a better patient experience and it gives laboratories and other providers the tools they need to boost testing capacity, improve turnaround times, and support drive-through, walk-up, and all forms of organizational testing, including school surveillance/pooled testing. 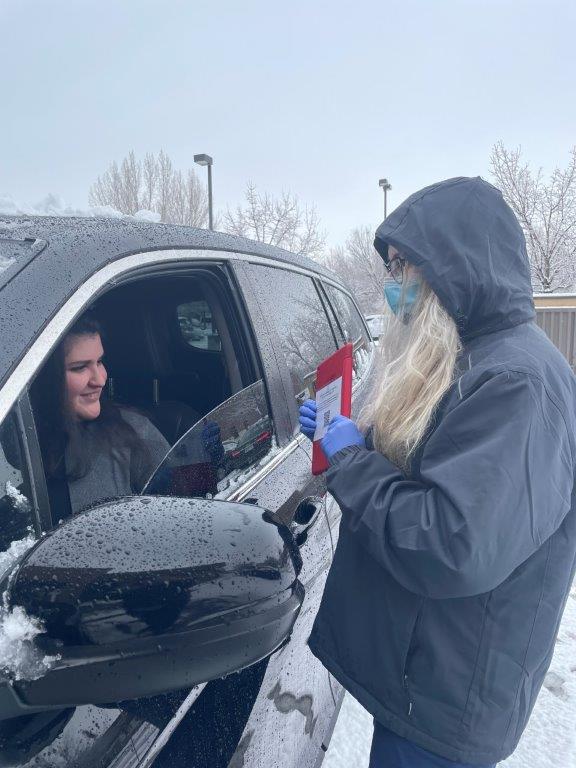 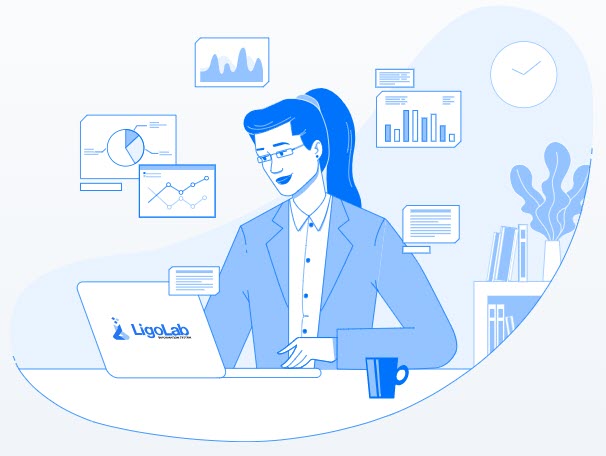 Reduce Denials and Increase Your Lab's Revenue and Net Collections 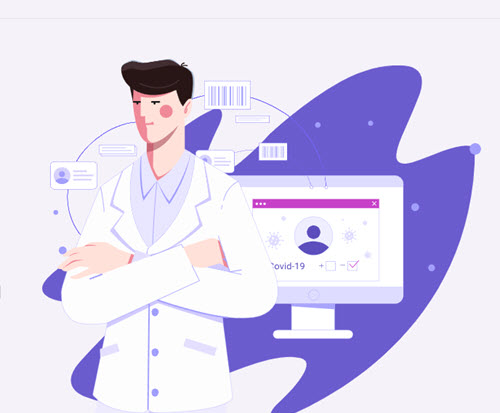